The Joburg Photo Walkers were kept mesmerized by a team of firebreathers and dancers on a chilly evening. See how the team of performers managed to warm a cold night on the verge of winter with displays of control over the deadly primal element. 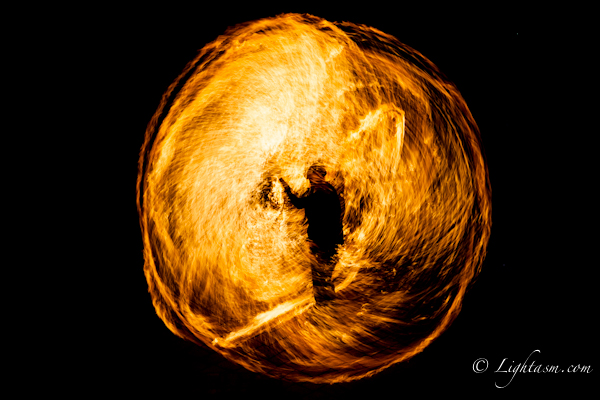 Performer engulfed in a ball of fire

The show kicked off with fire being passed between torches by hand which was followed by fire eating as a warm up exercise. See what I did there? Anyways. This later grew into an inferno of entertainment as the performers danced among the spinning flames. Due to the safety requirements the 50 or so photographers formed a wall of tripods which the entertainers performed in front of.

Each performer took their turn with their specialized flaming equipment. Because of this we had plenty of opportunities to capture various shapes formed by the performers. Finally the show ended on a high with the lead performer breathing giant balls of fire into the night sky. 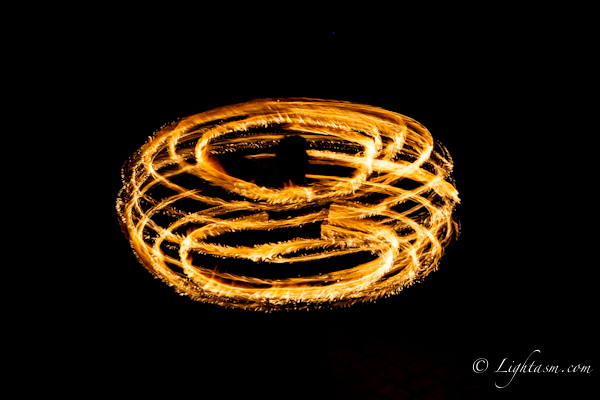 Check out the video below on YouTube from the above firebreathers and dancers photo walk. Don’t forget to subscribe to my YouTube channel for more photo walk videos.

I wanted dark shots with just the fire in focus. To capture the fire breathing and isolate the performers from the background I used a low ISO of 100. Also, I used and small aperture of between f16 – f18 to limit ambient light. I then adjusted the shutter speed to accommodate the performance. For the fire dancers I shot with a slow shutter speed of about 2-4 seconds. This allowed for trails to be painted against the dark background. A fast shutter speed would not have created the blurred streak of light.

Photographing the firebreathers on the other hand required a faster shutter speed of around 1/400 – 1/500th of a second. This was to capture the detail in the fire ball and prevent over exposing the flame. The trick is to be fast enough to capture the details in the flame but not overexpose. 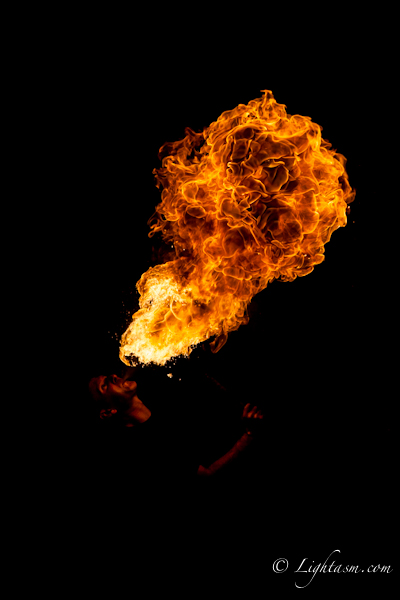