It was that time of year again with photographers around the world ready for the annual World Wide Photowalk 2012. This year’s Joburg event took place at the Randburg Bright Water Commons which featured skateboard photography and a light show in the evening. 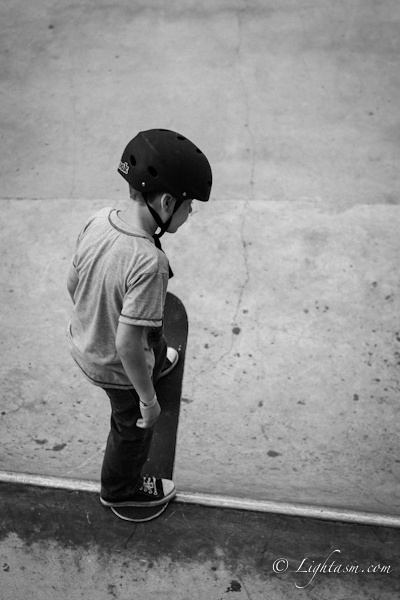 A young skateboarder waits on the edge

The Bright Water Commons features a skateboard park full of kids showing off. And every skateboarder there was keen to show their mettle for an eager group of photographers.

Skateboarders Show Us Their Mettle

While we weren’t allowed in the skateboard park itself we had plenty of vantage points. Most photographers ventured to the overhanging baloney’s which gave great open views of the park. This also resulted in more pleasing backgrounds void of clutter. 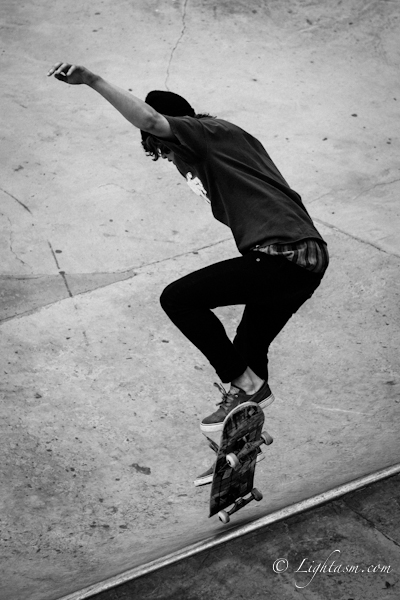 A skateboarder performs tricks on the skate ramp

As the sun set and the kids disappeared all the photographers gathered at a local restaurant and waited. The lake in the courtyard featured a light show we were all eager to shoot. As the time approached the music started and the light show began with the fountain kicking into action. The light show was choreographed with the music and repeated on and off for a few hours. Some of us made our way to the now abandoned skateboard park for some light painting. I hung around a bit but by this time I was exhausted. And so ended the World Wide Photowalk 2012 with a light show after a long day of shooting and playing in the park.

What I Learnt About Skateboard Photography

When it comes to skateboard photography you’ll need to be quick. There’s no hanging around while they perform tricks. I chose to use my trusty Canon 24-70mm on my Canon 5D MKII. While the full frame sensor did limit me when it came to close ups it does give plenty of options for cropping. The long end of the lens worked great photographing the kids performing tricks. Meanwhile the wide end was used later in the evening for the light show.