The photowalk organized by Kameraz in Rosebank Mall saw a lazy Sunday afternoon tour of the neighbourhood. The walk took us from the hustle and bustle of the markets to the old workhorse fire station.

Starting off at the Rooftop Market located above the Rosebank Mall we wondered through the busy market place taking shots of vendors and their wares. Well some weren’t to keen on a swarm of photographers descending on them others happily posed for photos.

Next we made our way to the old Rosebank Fire Station which had seen better days. Looking deserted we wondered around the abandoned back courtyard and up into the crew mess hall with fire fighting equipment left lying around and in need of repair.

We had to wait awhile because the fire truck was out. When it eventually arrived they graciously allowed photographer to clamber all over it. If there had been a fire somewhere I guarantee firefighters would have found a photographer amongst their equipment. 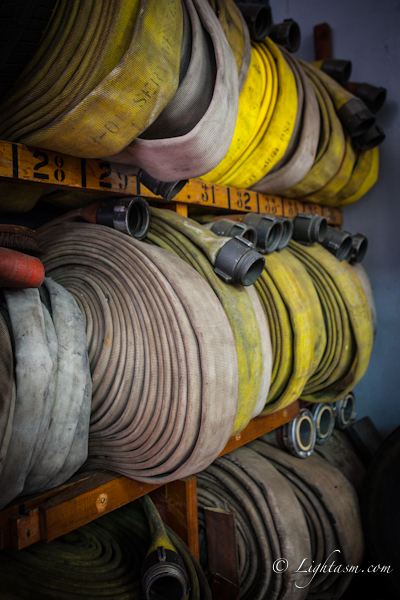 We ended the photowalk at the new Standard Bank building which was in stalk contrast to the fire station just a block away. A modern behemoth reaching to the heavens clad in glass reflecting the afternoon sun. Inside the cool reception area welcomed tired photographers who still had enough energy to capture the awe inspiring grandeur. We weren’t allowed beyond the lobby area but by that time most of us were too exhausted to go any further. 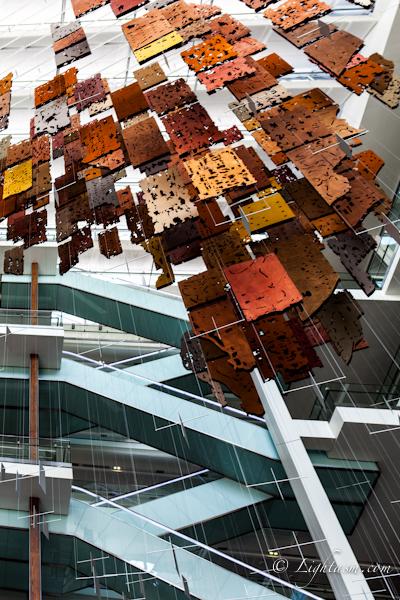 Sculpture of Africa in the Standard Bank Building

Check out the video from the Rosebank Mall photowalk and surrounds from above. Make sure you subscribe to my YouTube Channel so you don’t miss any photowalk videos.

Rosebank Mall’s Rooftop Market posed the biggest challenge in terms of light due to it being a covered parking lot with limited light. But my Canon 5D MKII with Canon 24-70mm f2.8 handled it well. Pumping up the ISO made a world of difference also while inside the old fire station. While the Standard Bank building was a massive light fulled modern building so that made things easier.