Arts on Main was the starting point for our Johannesburg art gallery photowalk and surrounding areas. This photowalk would take us to newly renovated buildings housing small shops, art galleries and more. 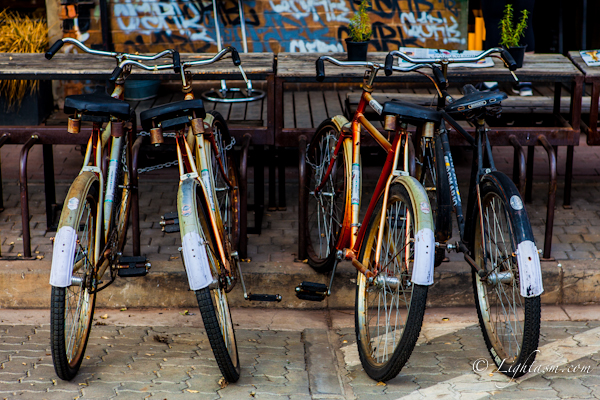 A row of bicycles lined up outside a coffee shop

The photowalk featured the usual crowd of familiar faces. The walk took place in winter so everyone was eager to start walking to warm up after friendly greetings.

We started off on Fox street at Arts on Main under the highway and headed East down the road. We passed coffee shops and renovation projects under way. The streets featured various quirky styles. There were shipping containers converted into ad hoc shops and backpacker lodges. 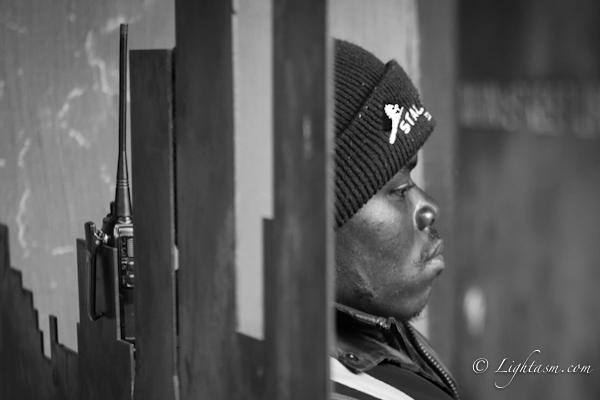 A security guard daydreams while on watch

We made our way to the old Cosmopolitan hotel which on a previous visit to derelict building’s had been left to degrade. Returning years later I was shocked to see the facade was being repaired and renovations were underway inside.

I then made my way up stairs to a small gallery. There I was greeted by a collection of sculptures and paintings. After wondering among the rooms converted into small shops we made our way outside. Outside we descended into the courtyard where we were greeted by more sculptures and murals. The wall on the neighbouring building featured a giant mural while nestled below in the garden courtyard were various works of art. 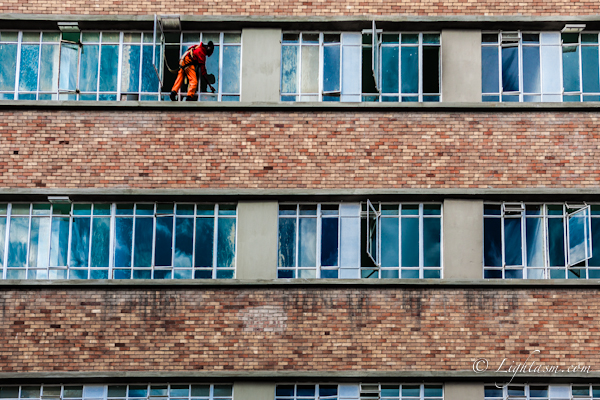 A man cleans windows high above the streets

Crossing the street we made our way to the Museum of African Design. Inside we found artwork by local artists. Some bizarre and others peculiar. We then made our way downstairs into the basement only to find more works hidden below. I suppose you could call it modern but it wasn’t my taste.

We started to make our way to the AGOG gallery, a popular Johannesburg art gallery, just a few streets away. There was floor after floor filled with artwork from South African artists. We made our way to the roof top which had a whiskey tasting bar with incredible views. Leaving the gallery we made our way to our last stop of the walk, the Common Ground. The corner was surround with small shops selling food while the courtyard housed a play area with slides for kids. Finally after a long afternoon of visiting art galleries we made our way back.

Most of the photo walk was on the streets so my Canon 5D MKII with Canon 24-70mm f2.8 which helped a lot. The biggest issue was transitioning from the streets to inside the art galleries. The easiest way to make the change was to simply increase the ISO, just remember to set it lower when you’re back outside again.