Watch Instagram model’s and photographers descended on Maboneng in the Johannesburg CBD for the last Instawalk of 2016. The photowalk attracted over 100 people who took to the streets for one last fun filled walk. 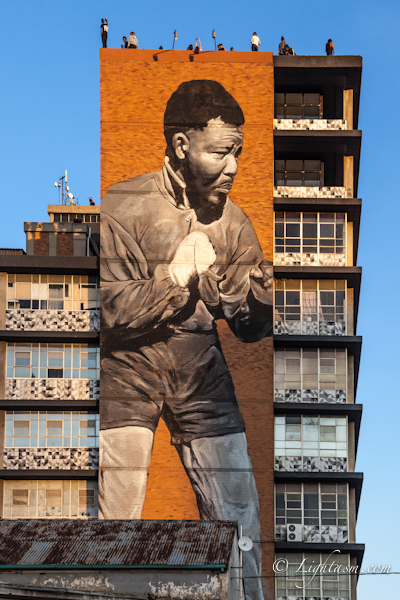 Organized in memory of Andy Carrie the photo walk featured a young crowd made up of budding photographers and their Instagram model friends.

Meeting Outside the Cosmopolitan Hotel

We all met up outside the Cosmopolitan hotel in Maboneng in late afternoon. Prior to the walk some photographers had gathered for coffee and light entertainment at Firebird Coffee. Outside musicians played and poets recited their prose. I had arrived early, around 3pm, and the walk was scheduled to start at 4pm. Taking this opportunity I wondered around the old converted hotel exploring the art spaces and tea house. There was artwork on the walls and sculptures. There was also an art installation entitled “Peep Show” which I’ll leave to your imagination. Some photographers got a head start posing models outside the Cosmopolitan as the crowds grew. Around 4pm the walk started with everyone heading towards the trendy part of town.

Everywhere you looked you could see models posing and photographers on their knees snapping shots. Because of this a few annoyed motorists had to hoot their way through the crowds. Luckily we didn’t lose any models to road rage. 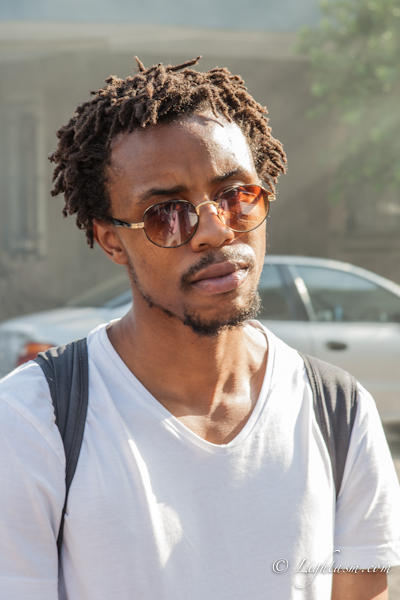 As we walked every available backdrop had a model propped up in front of it. The general model photography etiquette was to stand beside the shooting photographer and just start snapping away, just don’t try to take over their shoot. As a result some models just kept their poses going while others became nervous with photographers swarming them and shied away.

Shy security guard watching us shooting in the streets

Further down we had models up against graffiti sprayed walls and more in the road. As we walked further curious bystanders got in on the shots. I found the kids in the neighbourhood keen to have their photos taken. I think the kids stole some of the lime light from the models.

Heading to the Rooftops for Sunset

Finally we made our way to a nearby building called Access City. It was the same building I had taken photos of before featuring a massive mural of Nelson Mandela shadow boxing. Access had been organized and we were allowed to go to the rooftop for some incredible views of the city. We headed to the ninth floor and clambered up fire escapes and under signage to get some incredible views of Johannesburg. There was no railing or safety of any sort but that didn’t stop brave Instagram model’s from dangling body parts over the edge. I instead planted myself firmly on the ground for some sunset time lapses. 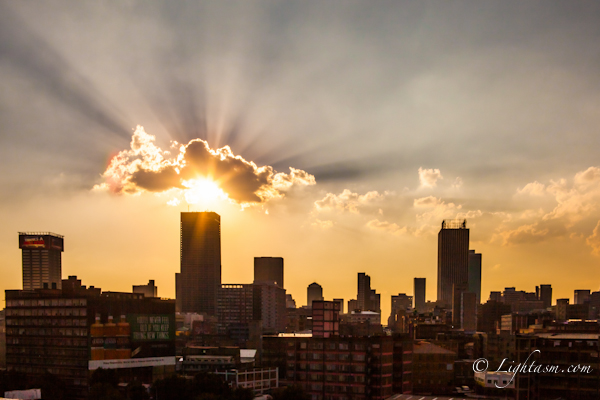 With the small rooftop crowded we searched for the entrance to the other rooftop area. The other roof was wider and less crowded offering a similar view just 2 floors down. After grabbing some more sunset shots we headed down stairs for farewells. That was it, the last photowalk of 2016 came to an end. A fun filled afternoon that lasted till sunset. I said my goodbyes to fellow photographers and tired Instagram model’s and set off back home.

Check out the video from the Instawalk below and don’t forget to subscribe to my channel for more videos.

My Canon 5D MKII accompanied me for the shoot along with the always reliable Canon 24-70mm f2.8 for flexibility. This is my favourite combination for street photography and served me well while walking. For this photowalk I jumped between portrait shots of models and filming the video for my YouTube channel. The process was pretty simple, when I wanted to shoot a model I dropped the aperture all the way open to f2.8 and played with the shutter for exposure. The wide aperture also helped blur out the hundreds of other photographers and models doing their own thing. Kneeling down also helped to avoid background distractions and was great for photographing the kids but a knee killer. 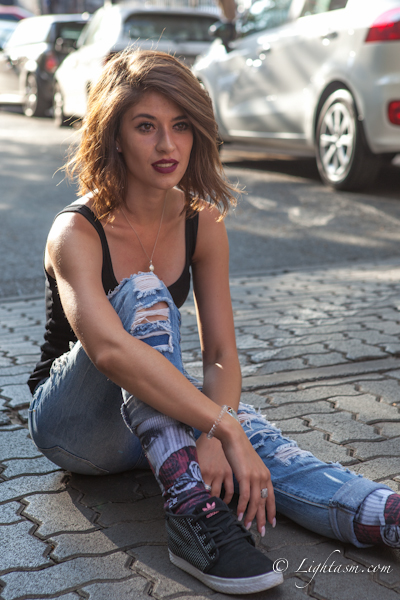 Trendy Instagram Model sitting in the street for a photo

When it came time to grab video footage I dropped the shutter speed down to 1/30th of a second and adjusted the aperture for exposure. Every once and awhile I had to adjust the ISO especially when transitioning into shaded areas. There was nothing too complicated about the shoot itself with just 2 simple and clear objectives, portrait photography and videography. I would recommend focusing on 1 or 2 objectives when shooting in a dynamic environment like this instead of chasing every photographic opportunity that presents itself.