My Exciting First Photowalk in Johannesburg

Join me on my first photographic tour through the streets of South Africa as part of the World Wide Photowalk in Johannesburg 2011. The walk passed various landmarks from industrialized factories to the courthouses ending at Nelson Mandela Bridge. 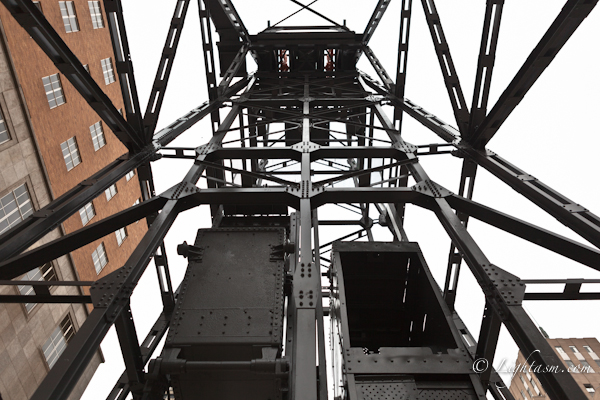 An old mine shaft towering above

The World Wide Photowalk in Johannesburg 2011 would mark the first of many photowalks to come.

My First Photowalk in Johannesburg

We met outside Sci-Bono where a crowd of 50 or more eager photographers waited. Our walk leader, Mark, explained the route we would take and indicated points of interest along the way. From there we were guided across the road to the SAB Breweries which offered views of the famous distillery. The old factory windows were a great contrast to the brick work and played together in the afternoon light. 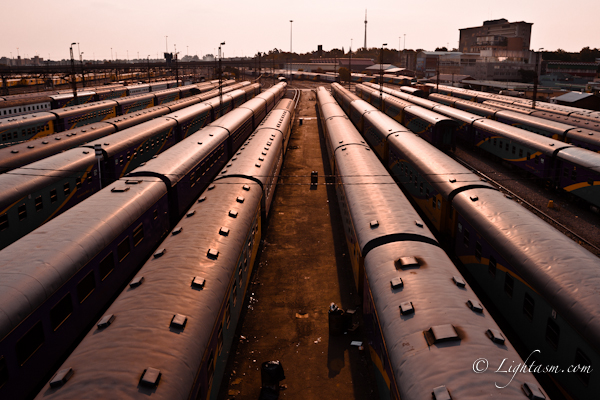 Rows of trains lit by the afternoon sun

We then headed off deeper into town passing business buildings and the like. Young kids played around statues laughing as they went. I knelt down to take a photo of a statue but before I knew it a young girl jumped out in front of me. She did her dance routine she had practiced in front of the other photographers but ran off before I could get a decent shot. Even though my photos of her are blurry they are some of my favourites. Unexpected but fun. We carried on deeper still passing old mining equipment erected as a reminder to Johannesburg’s history of mining. 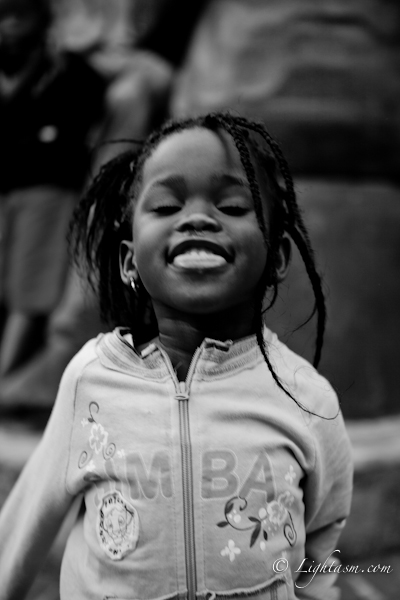 A little girl smiles before running off

We carried on eventually making our way towards Nelson Mandela Bridge. When we arrived we saw people making their way across the busy bridge. Photographers on the other hand spread out across the bridge chasing the light. Between the structure itself and the trains below there was plenty of photographic opportunity. The walk ended there at Nelson Mandela Bridge with views of the city and the train tracks beneath.

What I Learnt During Street Photography

During the walk I relied on my Canon 5D MKII and Canon 24-70mm lens. This gave me the most versatility. The wide angle worked well for the tall buildings and shots of trains below the bridge. The long end helped more for impromptu portraits of running kids. If there’s one lesson to be learnt it’s make sure you have a fast shutter speed. You never know when an opportunity will zip past.