The Chinese New Year 2014, or year of the Horse, celebrations were held in Cyrildene. The closed off street had it all from Fireworks to Dragon Dancers and more.

Fireworks explode behind a Chinese flag

At the entrance was a magnificent archway with traditional decorations. Along the length of the street were street vendors wafting the smell of the food at passersby. I managed to meet up with some of the other photo walkers from the Joburg Photo Walkers. We aimed to get shots of the fireworks being set off by the lion dancers. The lion dancers made their way to each store front to bless them with a ceremonial dance and fireworks.

I made sure to bring earplugs and they served their purpose well. You would not believe how loud the fireworks were. I think the store fronts bounced the noise back towards the crowd amplifying it in the process. 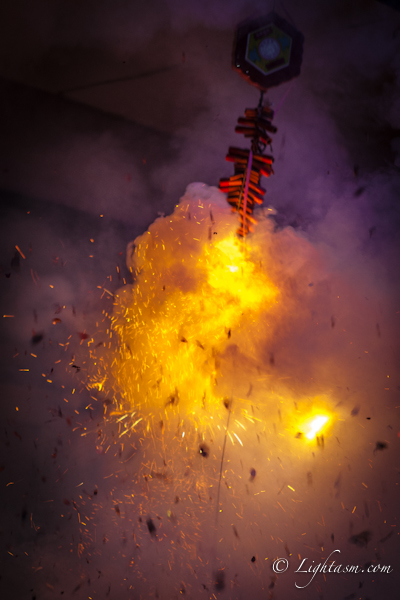 As night fell we headed to the rooftop of a nearby apartment block. This gave a great view of the festivities below and fireworks exploding above. A kind family even let us in to their apartment so we could shoot from their balcony as the dragons marched below. Finally after a long afternoon and night of shooting we grabbed some food. We had some spring rolls and chicken kebabs before calling it a night. 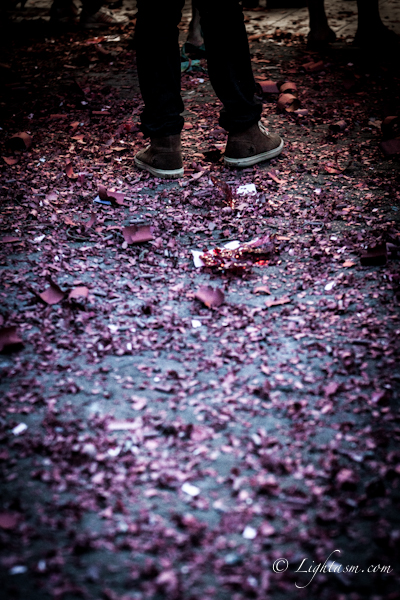 Because of the transition from day to night meant changing settings gradually over time. I had to open up the aperture and pump up the ISO. On the rooftop shooting fireworks I was able to lower my shutter speed and so bring down my ISO. This helped cut down on the noise but required a steady position when shooting the fireworks. With not many people on the the rooftop it made the process easier.