Exploring a Derelict Building in Johannesburg

See what happened on a chilly winter morning spent taking photo’s of a derelict building in Johannesburg. As always the Joburg Photo Walkers had organized another fun filled walk. 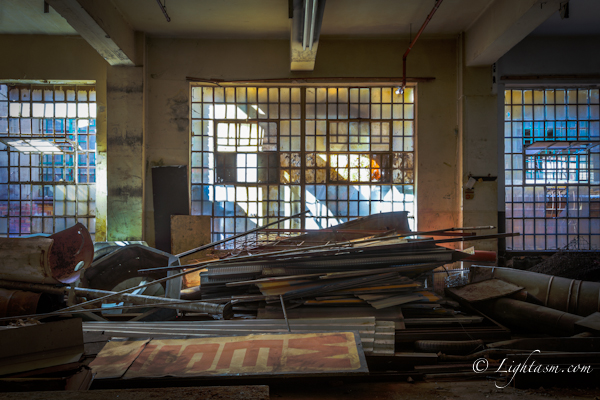 Early Sunday morning we all met at Arts on Main just a few blocks from the building we would explore. We grabbed a hard hat and made our way up the road to what was an old rocket factory with plans to be renovated.

Inside the Derelict Building

Before any new work was started we were given access to explore. At 3 story’s high the building was mostly empty with some odd pieces left on the factory floor. Rubble and junk filled the second building. 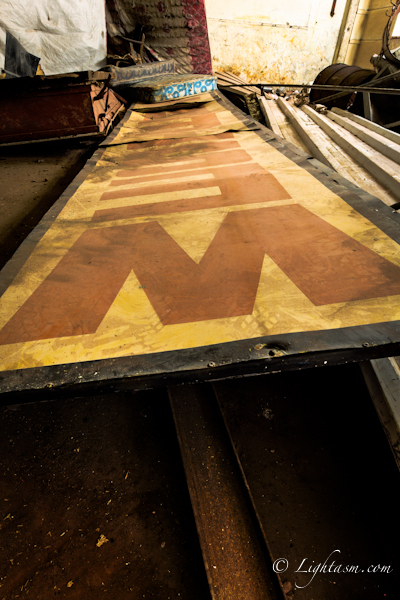 An old sign with a mattress at it’s base

Inside the building was divided by a narrow alleyway into two separate buildings with a flimsy walkway. As a result crossing between the two was not for the faint of heart. Each building had their own feel with one more of a factory area while the other may have housed offices. 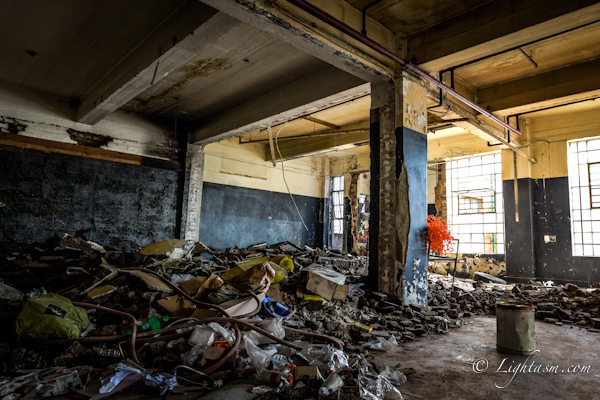 What I Learnt Photography a Derelict Old Building

Because of the safety concerns the security guy warned us of various areas to steer clear of. In our case we also had to wear hard hats and closed shoes. Finally because of the lack of lights and rubbish everywhere we had to take our time getting around.

I relied on my usual setup with my Canon 5D MKII and it’s full frame sensor along with a Canon 16-35mm wide angle lens. I planned for almost all the interior shots to be made into HDR photos by merging multiple exposures together. This involved taking 3 different shots from overexposed to underexposed all with a Manfrotto tripod to avoid any movement. Because I wanted to avoid movement when making exposure changes I also setup the camera’s bracketing system with the maximums either side of the average. The advantage of HDR is the ability to show what the camera can’t capture. It also shows the detail in the highlights and the shadows.