It was Chinese New Year 2017 in Joburg and this year I did double the work visiting both First China Town in Newtown and Cyrildene a week later. 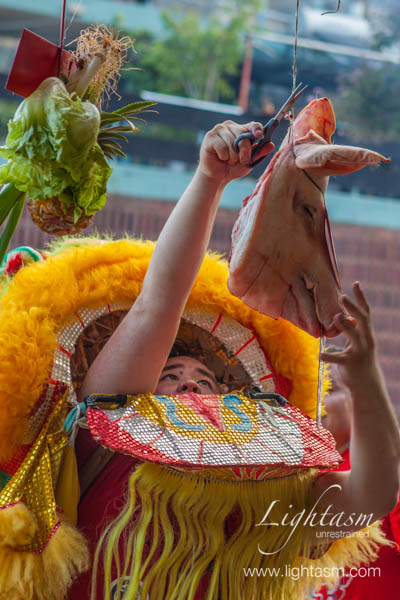 In previous years I’ve normally only done one event but this year I branched out and took on two of the biggest. See what happened at Chinese New Year 2017 for the year of the Rooster.

For the first weekend I made my way to First China Town in the Joburg CBD. I got there early, around 4pm, to recon the place. It’s a short street and gets packed as nigh falls so knowing where things are is good. I managed to sneak into the inner circle by the stage along with some other photo walkers from the Joburg Photowalkers. The shows featured various acts from drumming to martial arts displays. Including a flying shoe which I don’t think qualifies as a valid means of defense. 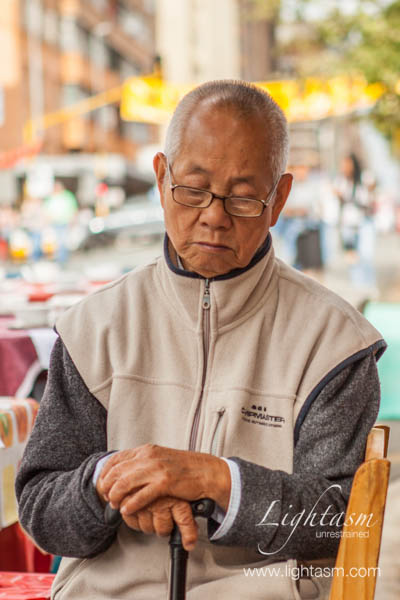 Around 7pm the crowds grew and the light faded. The short street and growing crowd made getting around difficult and getting shots tricky due to such close proximity. Because of the difficult conditions and time we made our way to a rooftop which was empty. Later more people made their way upstairs to set off small fireworks and Chinese lanterns. Check out the video from the event below and don’t forget to subscribe to my channel for more videos.

The following weekend it was time for Cyrildene to shine. A long stretch of road cornered off it makes for the perfect venue. Even though there are probably more people the location gives you plenty of room to walk. We made our way to the end of the street where performers were practicing. 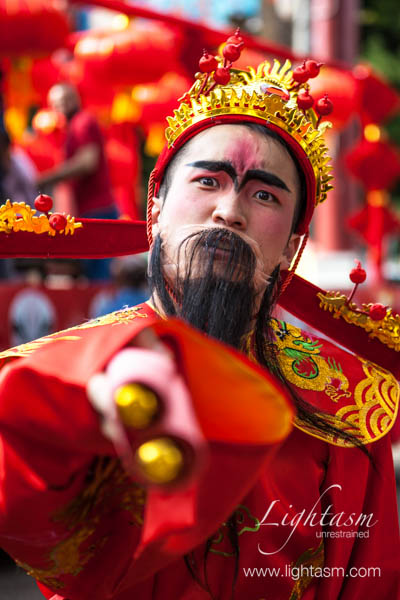 During the course of the celebrations the lion dancers made their way to each store front. The traditional blessing ceremony took place with the lions reaching for rafters. The odd thing was probably the fact that they used a pair of round nose scissors to cut down each offering. Unless the lion swallowed a naughty child running with the scissors earlier I’m going to question the authenticity of this particular aspect. After following the lion dancer and breathing in fireworks smoke from thousands of crackers we gave up on the chase. We gained access to the rooftop of an apartment block like we had done on a previous occasion. It was blissfully quiet compared to the crowds beneath.

See what happened in the video below and don’t forget to subscribe to my channel for more.

There was a lot more leg work for these two shoots. I spent at least 4 hours at each event. Photography wise I relied on my usual street photography setup consisting of my Canon 5D MKII along with Canon 24-70mm f2.8. I find the Gorillapod attached helped a lot when shooting video at a low angle. 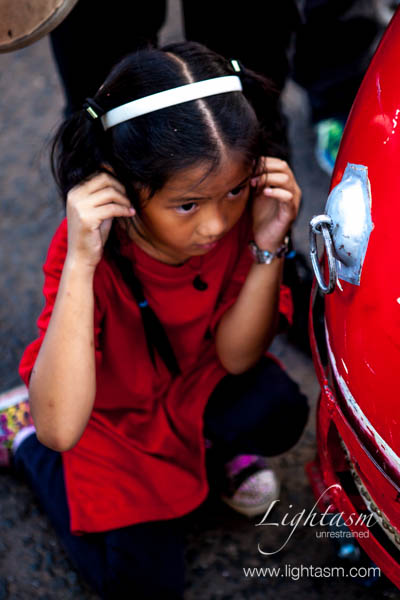 Shooting was easy to begin with, the late afternoon sun provided enough light. Most of the setting up shots were easy enough to shoot. The tricky part came as night fell. My main approach to dealing with tricky light conditions is to open the aperture as wide as possible. In this case f2.8 was the widest. Shutter speed couldn’t drop below 1/80th of a second because most of the shots were done while hand holding and walking. The only thing left was ISO which I pushed to ISO64000.

Shooting the fireworks was surprisingly easy. With a shutter speed of 1/80th of a second I got some nice light trails as the fireworks exploded over head. Most of the firework shots were taken on rooftops where I could rest the Gorillapod on the wall while shooting. I did find hand holding gave more flexibility especially when the fireworks changed directions.