Come and explore Africa’s richest mile as we capture Sandton’s night lights on display in the ever growing neighbourhood. 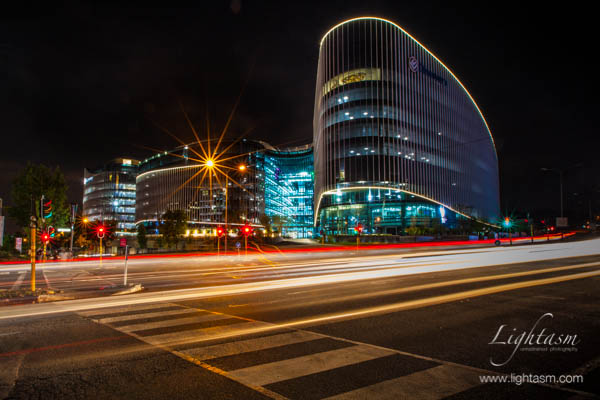 The night photo walk started at Sandton Convention Center where a group of 70+ photographers were all gathered with tripods erect. Just before arrival the heaven’s had opened so there were nervous chatter on if we dare leave our covered safety with our lightning rods. After a few minutes the skies subdued and we headed out and up past Sandton City shopping center. We meandered along the sidewalks hunting for lights adorning the newly constructed monolith’s.

The entire area has grown since I was last there. I had worked just down the road and was familiar with the area but the new structures had taken me by surprise. While I know the streets the new modern glass boxes with their army of lights made for an awesome sight. At some point we were approached by security who wasn’t keen on photo’s being taken but a polite, civil conversation saw him leave us to our own devices. 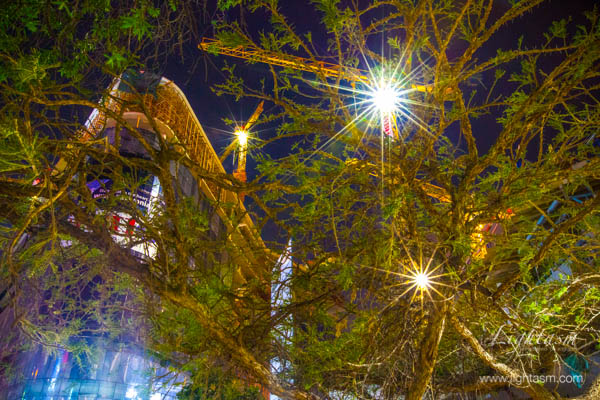 Along with the old and new were even newer behemoth’s still in their infancy with giant yellow cranes cradling them. The juxtaposition of thorny African flora separating traffic worked beautifully with the smooth growing structures illuminated at night. But it was the busy roads that were the main star, drawing long streaks of light as cars raced past. The usually boring, everyday cars repented with generous long lines of red and yellow dancing across the frame. 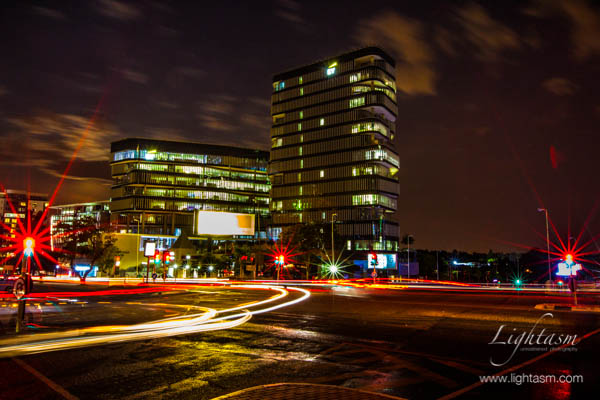 How to Capture Light Streaks

The process of capturing light streaks is pretty straightforward simply relying on time. Because of this everybody had brought along their tripods for long, slow captures. The process is the same as that used when capturing the Turkish Mosque last year. Cable releases are also a helpful to avoid unwanted camera shake. I used my Canon 5D MKII and my wide Canon 16-35mm f2.8 to stretch either direction as far as possible. Settings wise I set the aperture to f22 to reach out as far as I could. Lastly I used Bulb mode for the shutter speed, varying the time for each location and it’s lights.

Check out the walk in this short video and don’t forget to subscribe to my YouTube channel for more videos and tutorials.